No games to display

Pragmatic Play may not be the oldest casino software provider, but that only makes the success and reputation of this company even more remarkable. Formerly known as TopGame, Pragmatic Play has developed slot games that are available at some of the most renowned and popular online casinos. Pragmatic Play is located in Valletta, Malta, a small island country in the Mediterranean which is often described as the European mecca of the online gaming industry. 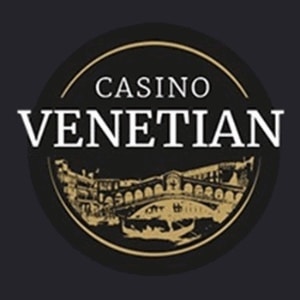 The people in charge of Pragmatic Play were aiming rather high when they formulated their vision to become one of the best casino game providers in the whole world. Right now, Pragmatic may not be there yet, but the company is certainly going in that direction.
One of the most important things for this provider is to build sustainable relationship with its clients that will benefit both parties and the fact that the number of casino operators who decide to include Pragmatic Play’s games in their library is increasing on a regular basis is a clear indication that the provider is doing a good job.

There are different types of online casino games, but we all know that the ‘Slot’ is the king. Most players that visit online casinos are primarily interested in slots, and even those who enjoy playing other games, will not pass on the opportunity to spin the reels at least a few times. Therefore, it is quite understandable why online slots are the main focus of Pragmatic Play.

The company has so far developed more than 150 unique slot games, developed entirely in its studios, by Pragmatic Play in-house staff. More than 80 of these games have been fully optimised and are also available on mobile devices. This shows that Pragmatic Play stays in touch with the latest trends, as the number of people who play casino games on their smartphones and tablets is increasing on a regular basis.

It is difficult to mention only few of Pragmatic’s slots, as there are many games which are quite popular and extremely playable, but games like Journey to the West, Hercules – Son of Zeus, Mighty Kong, Dragon Kingdom and Beowulf have to be singled out. In addition to modern, themed slots where the focus is on graphics, Pragmatic has also developed a number of classic slots, including many 1, 3 and 5-line games.

And even though the primary focus is on slots, it has to be said that Pragmatic has developed other games as well. Fans of Blackjack will be able to choose from few variations, including the popular Double Exposure, as well as Multihand Blackjack. Roulette players can try their luck on Roulette Titanium and Roulette Crystal.
Baccarat and Casino War are also included in the ‘Table Games’ category. Three video poker games have been developed by Pragmatic Play so far – Deuces Wild, Deuces & Joker and Jacks or Better. Last but not least, other games like Keno, Go! Monkey and Weed Whacker are also part of the game library. All games can be played for free, in practice mode at Pragmatic Play’s website.

Pragmatic Play cooperates not only with operators, but also with resellers and platform providers and on the website you can see the names and logos of over 45 renowned companies, including some of the most resounding names in the casino gaming industry. Pragmatic Play’s games have achieved a great level of popularity among players from all over the world. So far, the games are available to players from 78 different countries and websites that feature their games are available in more than 15 languages.

At the beginning of 2017, Pragmatic Play announced its partnership with Betsson and LeoVegas, two of the top online casinos in the world. Ever since then, Pragmatic’s games can be played at these two casinos. This clearly boosts the position of Pragmatic Play and makes their games more recognisable on the global market. A representative of LeoVegas stated that the company is particularly happy to cooperate with Pragmatic Play because of the high quality of their mobile games.

The slots developed by Pragmatic can also be played at Vera & John, Mansion, NetBet and many more popular online casinos. In addition ad one of main feature is the cooperation with USA friendly casino like BlackDiamond Casino, Box24 Casino, Spartan Slots Casino. So if you are reside in USA you can easy join and play outstanding Pragmatic Play slots with the great variety of bonuses provided by the named online casinos. And it’s not just online casinos, Pragmatic Play also cooperates with a number of independent bodies and organisations and has been certified and licenced by the authorities of several countries.

Since the company is based in Malta, it is not surprising that it is licenced by the Maltese Gaming Authority. Furthermore, Pragmatic is also certified by the authorities of Romania, Curacao’s eGaming certification body and the Philippines’ regulator PAGCOR. As for independent bodies, Pragmatic Play has a Certificate of Integrity issued by Gaming Labs and is also certified by BMM Test Labs, as well as Quinel, a company that is in the industry for almost a decade.

It is not just about number of games and multiple-language support that encourages operators to strike deals with Pragmatic Play. The other aspects of their approach and product integration are also important.

It was already mentioned that some of the games are available for mobile devices, but there also a download option, for people who prefer that to instant play. Moreover, operators also have the opportunity to configure the games as they wish, set bonuses and other features. The reporting capabilities of Pragmatic’s product also generation of complete reports on all aspects, which can then by organised by time, particular games, geographical regions and more.

With the user-friendly API casino operators can easily integrate Pragmatic’s games and add them to the existing library and the company provides 24/7 support and assists in the process of game integration and the period that follows. Pragmatic carefully monitors and tracks its games and how they react with different platforms and strives to improve and optimise them even further in order to make the whole gaming experience even more pleasant for everyone.