Many companies have come and gone in the last hundred and so years since gambling machines and casino software came into commercial use. Williams Interactive is one of those companies whose contribution even today cannot be overseen. Today, the entire of Las Vegas uses slot games from WMS ever since its first slot came out in 1996 called Reel’em In. Many other hits ensued later such as Filthy Rich, Boom and Jackpot Party among many.

In 2000s the company released many other hits based on entertainment brands such as Top Gun, the Dukes of Hazard, Star Trek and other. Today on the other hand the WMS casino software helps online casinos to offer quality services and games to players across Europe and the World.

In the 1990s WMS became a much sought supplier in the land-based gambling industry. Gambling games actually became the primary focus of the company which meant closing the pinball division in 1999 and transferring its video game library to its subsidiary.

By going online as Williams Interactive, WMS had doubled its revenue by 2011 thanks to its quality games and innovative approach. In 2010 its online slots became available to UK players, and in 2011 to US players via social casinos. In 2012 the WMS casino games went mobile, and now everyone was able to enjoy them on their smartphones.

In 2013 the success of WMS attracted big attention on the market and was merged with Scientific Games creating a broader range of games. With the merger the company ceased to exist, but the brand WMS Gaming was retained as a Scientific Games casino brand. 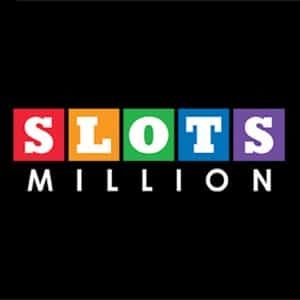 The WMS casino software has a wide range of different types of online slots. From 3 to multi-payline slots with different kinds of bonus features. The accent has always been placed on innovative slots which is why these are one of the most sought for in Vegas and online too.

There are 113 slots in the WMS gaming library which have always had crystal clear and hypnotic graphics. Their best features are the Wilds and free spins. Favorites among online players include Bier Haus, a slot where you can enjoy lots of free spins and stacked wilds, and Bruce Lee, a slot with expanding wilds. There are also branded slots such as the John Wayne and I Love Lucy slots.

An interesting title is the Cool Jewels slot which Candy Crush players, the famous Facebook game, will find very interesting. It’s very similar to match-three games and has been known to give large payouts thanks to its 6×6 grid of matching jewels.

Monopoly lovers will also love the WMS collection of monopoly-themed slots such as Super Monopoly Money, Monopoly Big Event, Monopoly Once Around, Epic Monopoly II, and other. If you like playing on your mobile, then Raging Rhino is your best choice because it looks great on small screens and has insane multipliers.

Ever since the WMS brand went online, the people behind it have pledged to release at least one new game each month. Thanks to this the WMS slots library grew significantly and now we have wonderful and superb sequels of their classic slots such as Zeus III. Be prepared for more great slots.

As mentioned earlier, the WMS casino software puts focus on slot games, so it’s not likely that you will find table or card games across the online casinos where WMS games are included.

Features of the WMS Casino Software

Being in the top tier of casino software brands means offering unique features. Therefore, the WMS Casino software is known for:
• One of the best range of slots that you can find in online as well as land-based casinos.
• Generous bonus structures – the WMS slots have always been recognized for their bonus opportunities.
• The players have a selection of banking options available.
• The WMS casino software has always provided a secure and reliable environment.
• The factors for speedy customer support are influenced by the quality of the software too, and the WMS casino software has always helped players reach support agents in no time.

The WMS casino software is licensed and regulated in Alderney. This means that strict standards for fair gaming are followed necessary for UK players to be serviced. Thus, the software includes a 128-bit encryption which helps secure processing of payments such as casino deposits and withdrawals.

This way all the private details of players are kept safe too. This protection is of an equal level as the one offered by banking institutions. All of that has earned the WMS casino software a reputation of one of the safest in the industry.

WMS didn’t start out as a casino game proprietor. The company actually started out as one of the biggest pinball manufacturers and developers in the 40s. It’s most famous invention in the pinball industry is the tilt feature on pinball machines. It’s when you hit the pinball machine too hard and gets blocked for several moments as a punishment.

Later on in the 70s and 80s, the decades known as the Golden Age for video games, WMS also produced arcade games. Its biggest hit was the game Defender followed by influential games such as Moon Patrol, Sinistar, Robtron: 2084 and Joust.

In the 1990s WMS and its subsidiary Middway were responsible for one of the most iconic two video games in the history of video games: Mortal Kombat and NBA Jam.

It’s safe to say that the WMS brand is one of the biggest in the industry, one which will leave a long-lasting legacy as it did when it started out as a pinball brand and later on an arcade brand. Even though it was acquired by Scientific Games in 2013, the people behind SG are aware of their responsibility to continue producing games whose quality will match the ones before. All of that promises great fun for slots lovers.